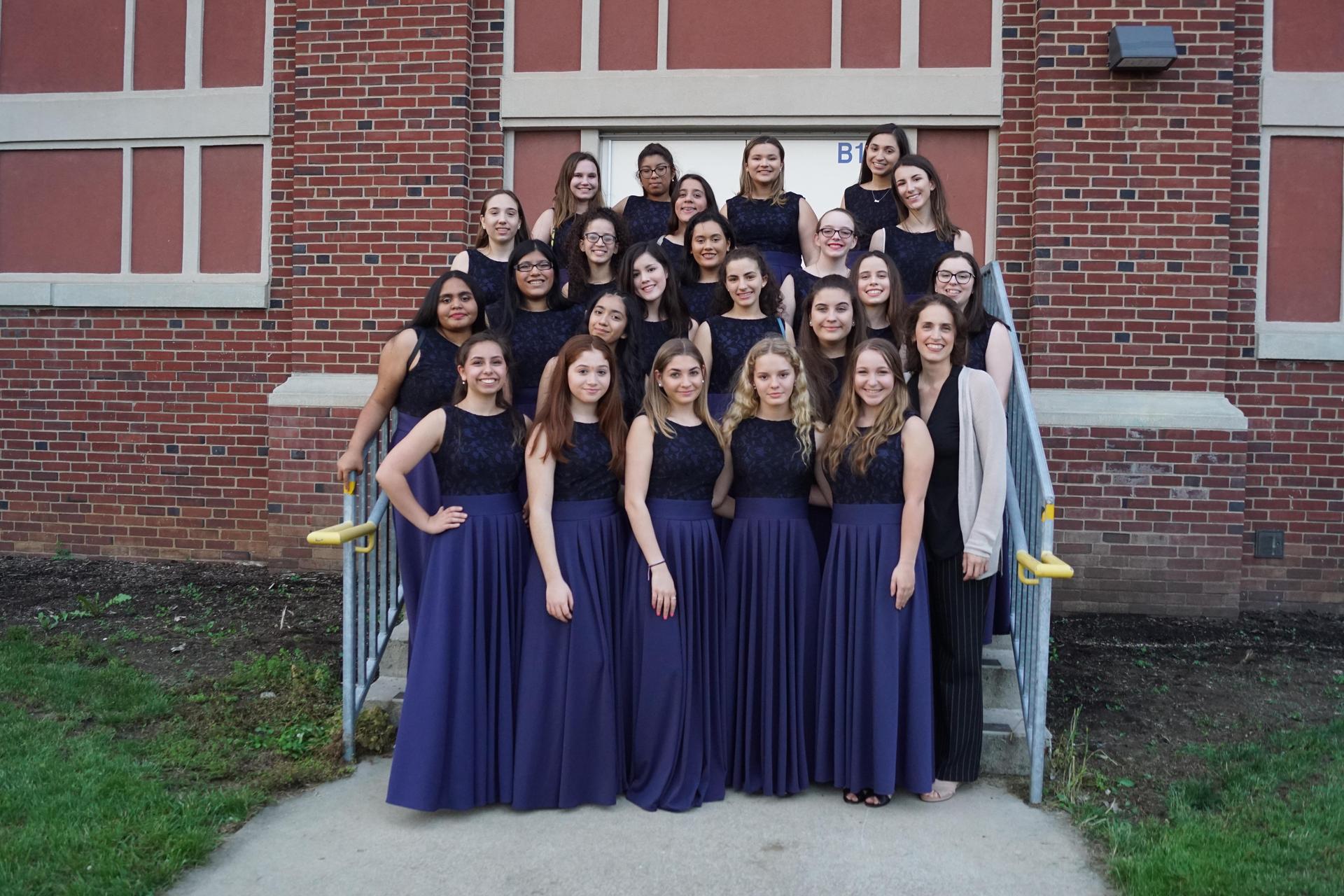 The Salesian Voices is the Academy's award-winning selective women's choir, open by audition only. In 2012-2013 the competitive group earned First Place All Women's Choir at Music in the Parks. As of 2017, The Salesian Voices have held that title for 6 consecutive years, consistently earning high marks and praise from judges time and time again. Since 2015, the has choir also participated annually in the New York Regional National Catholic High School Choral Festival at St. Malachy's Chapel in Manhattan.
When not traveling or in competition, the choir regularly performs at liturgies, school concerts, campus events, and in the local community throughout the year. For two consecutive years, the group was invited to perform at Radio City Music Hall as an opening act for the Radio City Rockettes. In 2017, the choir was selected to perform the national anthem for the NY Mets at Citi Field. In past years, the choir has made guest appearances at local parishes throughout the Diocese of Paterson and Archdiocese of Newark. Beginning in 2016, the choir established a collaborative relationship with the All Male Choir of Bergen Catholic High School which will continue this academic year as the two groups join together to perform at our Christmas and Spring Concerts.
Interested students are invited to audition for competitive choral opportunities. Choir members receive academic credit for their participation by enrolling in a vocal music elective.
Fee Free Donations
With a PayPal Account