Focus On: The Arts 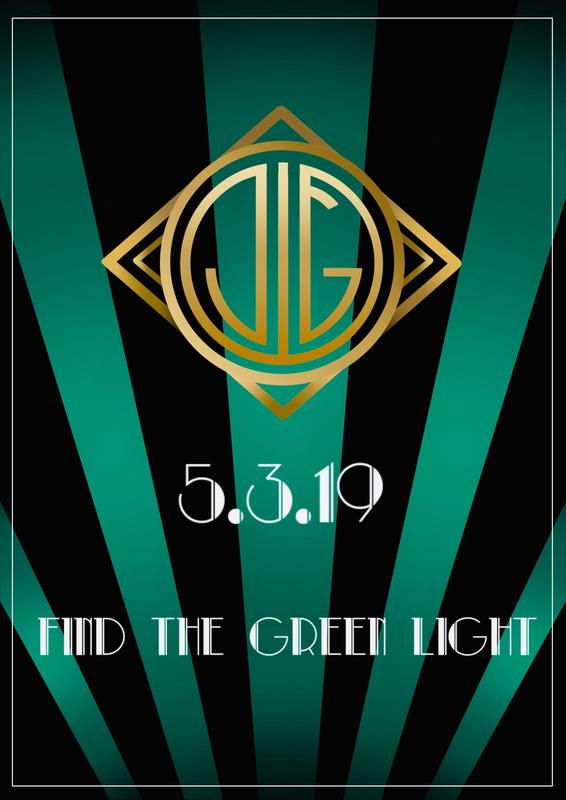 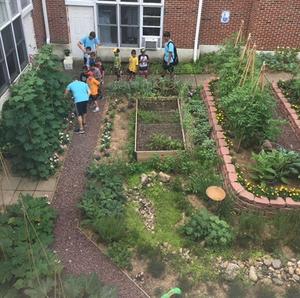 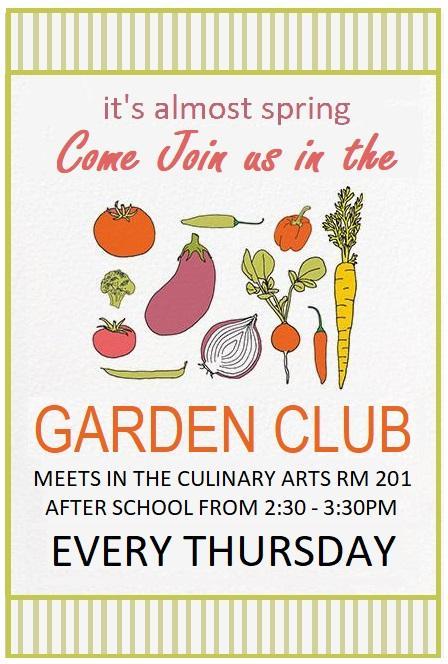 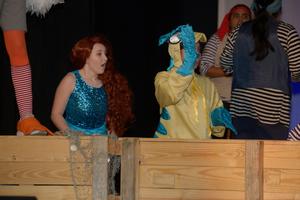 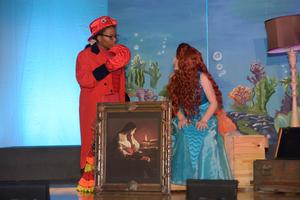 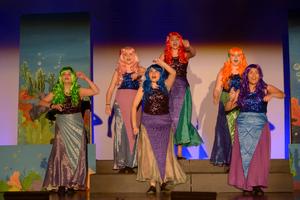 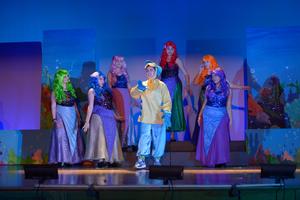 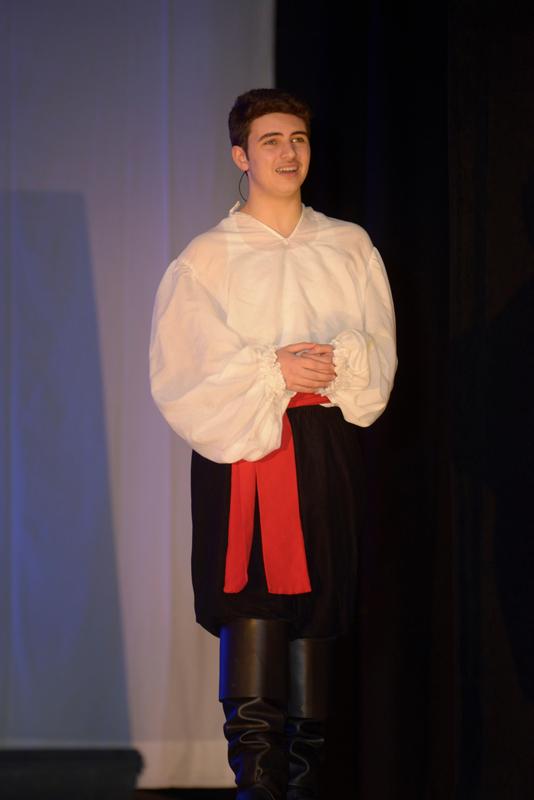 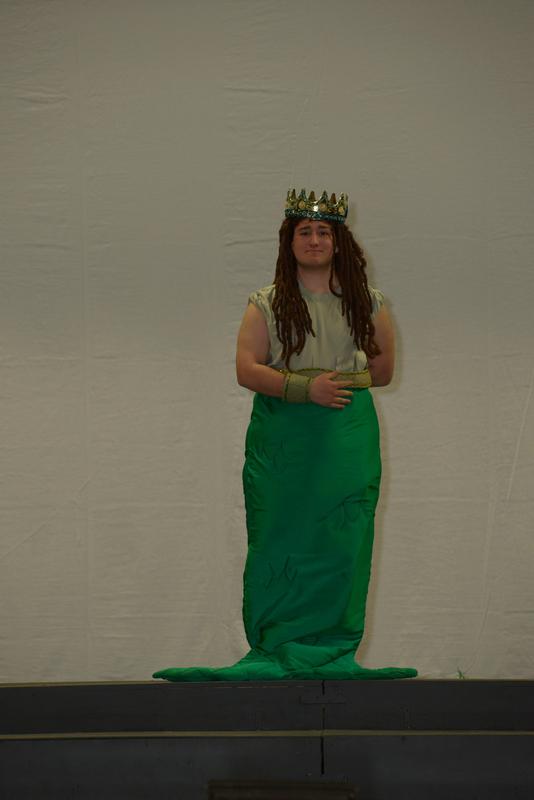 Spring is a very busy time in the Arts Department with the annual Spring Musical, the Dance Concert, and our Gardening Club busy at work in our campus garden!
Spring 2019 Dance Concert
Contributed by Mrs. Fierro-Ripoll, Faculty Member
The inspiration behind this year's dance show is The Great Gatsby. Over the past two years, Mrs. Fierro-Ripoll has revamped the program into a college prep dance program where the model is to create dances based on stories. "Dance should draw audience members in and make them think about what the dance is about," she says. Beginning with last year's show, inspired by Alice in Wonderland, the program bases its annual show on literature. As this year's dance students were ready for a bigger challenge, Gatsby seemed like the perfect show.
The decision to give dance it's own standalone show (as opposed to sharing a performance with the choir's Spring Concert as in past years) was routed in many reasons. because of our fire this year but more so because with the story and length of this show being more in depth it needed its own night for the audience to process the story and focus on one art realm rather than multiple in the same night. It allows the audience to better appreciate both performances that way.
When asked about the future of the Dance Department, Mrs. Fierro–Ripoll said, "I would like to see the department grow. We went from 17 girls last year to 35 this year, so it’s on its way there. The passion and respect the girls show for the creative process at MHC is untouchable. The process excites the girls, challenges them and brings happiness to the classroom which only inspires me and pushes me to do better and think more critically."
Come heck out the show on Friday, May 3rd and Saturday, May 4th at 7:00 p.m. Admission is free!
Garden Grant
Contributed by Mr. Lamendola, Faculty Member
The Whole Kids Foundation has selected the Academy as the recipient of a $2,000 grant for the Gardening Club! This year alone, the Whole Kids Foundation awarded 600 grants from over 900 applications and we are so excited that our own Gardening/Farm to Table program is among those winners.
Through Whole Kids Foundation Garden Grant program, schools and non-profit organizations turn outdoor spaces into powerful hands-on learning gardens that connect students with food, spark their curiosity and support classroom curriculum. We can’t wait to see how this program further supports having healthier students!
Spring Musical
Contributed Mrs. Cardona, Faculty Member
The cast and crew of the 2019 Spring Musical, Disney's The Little Mermaid, gave a spectacular performance as they always do. Under the direction of Mrs. Lucia Cardona and Mr. Warren Helms, students from Mary Help starred alongside male leads from St. Joseph's Regional and Wayne Valley High School. With high caliber choreography and set design by Daryl Stewart and Dennis Pandolfi, respectively, the show truly went beyond what one would expect for a high school stage production.
Ariel is the young mermaid who longs to live on land. In exchange for her voice, Ariel bargains with the sea witch, Ursula, to become human and have the chance to win the love of Prince Eric, who she recently saved from a terrible storm. With her friends, Scuttle, Sebastien, and Flounder, Ariel must fulfill her bargain with Ursula, but things do not always go as planned.
The young actors did a great job portraying the roles. Ariel (Paige Rehain) was the same headstrong teen we remember from the original Disney film, while Prince Eric (Michael Bloom) was perfectly charming, and his dutiful assistant Grimsby (Fiona Helms) was always by his side. Triton (Chris Scott) was stubborn and authoritative but, at his heart, a loving father. Ursula (Mary Costabile) stood out as the evil sea witch, but also gave the audience some insight as to how she ended up this way. Sebastian (Brianna Robinson) punctuated the first act with Under the Sea, a show-stopping number with intricate costumes and choreography, before returning with Kiss the Girl in the second act (featuring some comic relief from Scuttle the Sea Gull played by Sarah Hart). Throughout the show, Ariel's sisters (particularly Isabella Cangialosi as Aquata and Paris Tampol as Arista) brought just the right amount of sibling rivalry to the story.
All in all, we can't wait to hear what show next year will bring! To view the full cast list, please click here.
Print