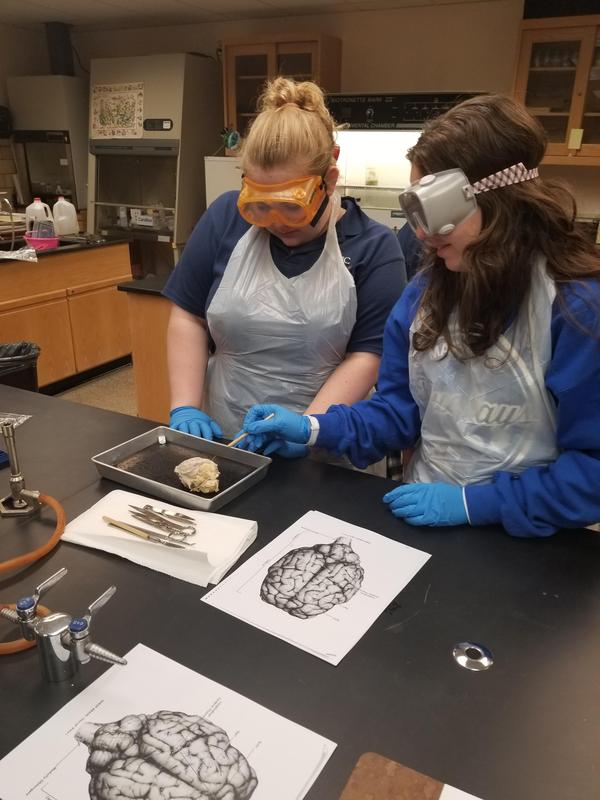 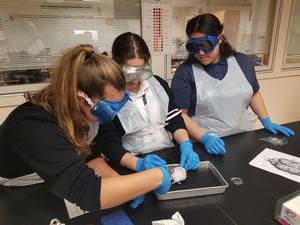 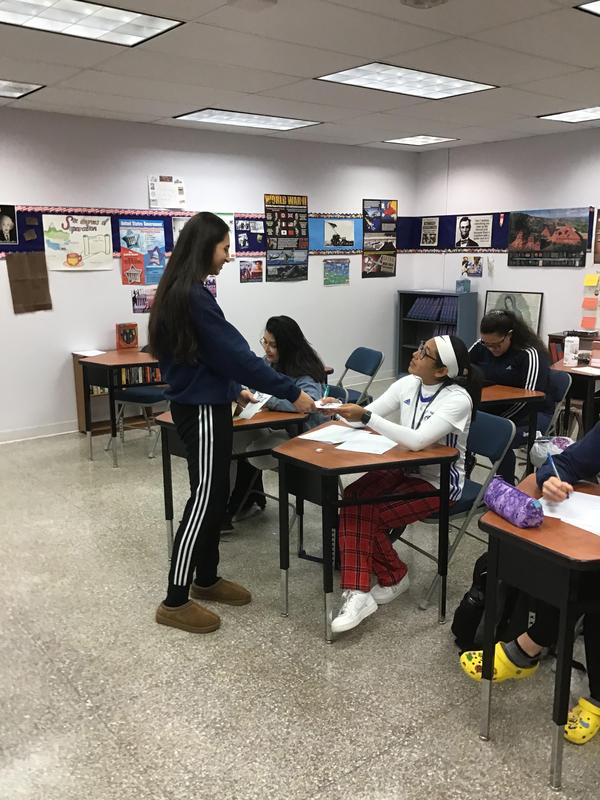 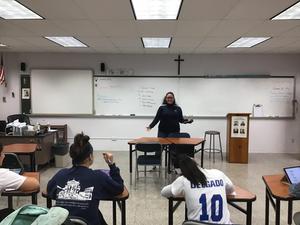 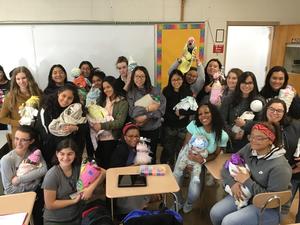 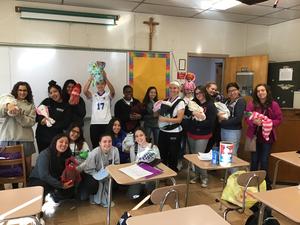 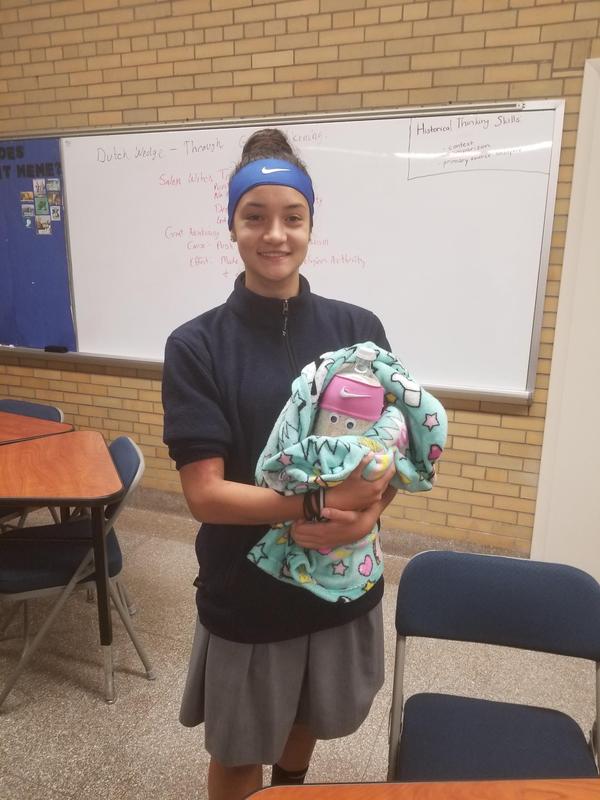 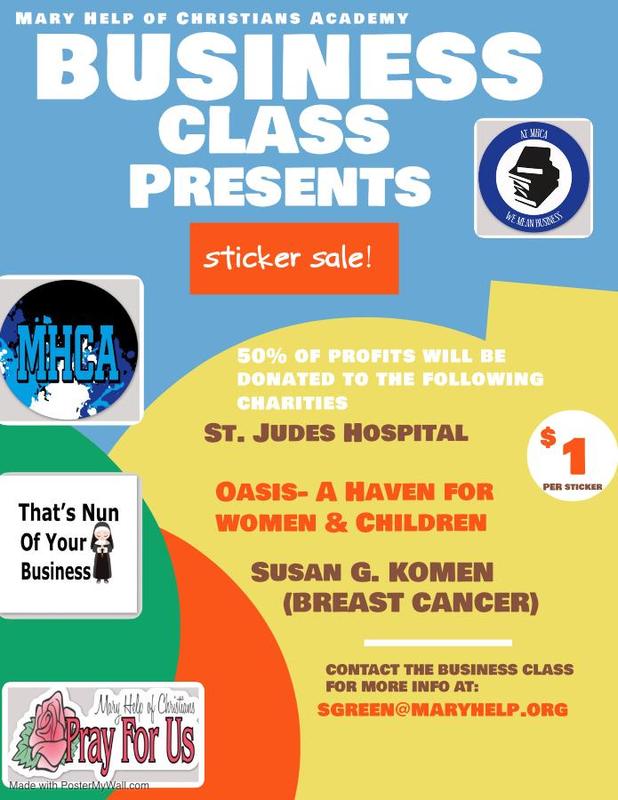 Focus On Academics: The MHC Academy faculty consistently engages our students with challenging and exciting lessons to educate the whole student.
AP US History: Shark Tank, 19th Century edition!
This month, Mr. Bliss' AP US History class conducted "Shark Tank: 19th Century Edition." It was an exciting spin on the TV show "Shark Tank", with entrepreneurs from the early 19th century pitching their inventions to wealthy investors. The "sharks," our panel of investors, had $100,000 each - a princely sum during the Market Revolution of the early 1800s - and had to decide which ideas were worth their investment. The entrepreneurs, such as Eli Whitney, John Deere, and Samuel Morse, had to compete with each other for the Sharks' attention and most importantly, investments. Congratulations go to John Stevens, personified by senior Linda Rodriguez, for gaining the most money for a novel technology... the locomotive and the railroad. Fun fact: John Stevens was not only the "father of the American railroads," but his first railroad ran out of Hoboken, NJ, and before that, Stevens served as a Colonel under George Washington in the American Revolution!
Psychology:
Psychology students recently engaged in a cross-curricular activity where they dissected a sheep brain. Students gained appreciate for the complexity of the brain, made observations, and learned about the structure and function of brain regions as well as the white and gray matter. They participated in scientific observations and were able to identify the major parts of the brain and explain their functions. This cross-curricular hands-on activity creates a long lasting impression on the students' minds and gives them an in-depth look at and understanding of the brain. Special thanks to Ms. Hess and Dr. DaBronzo for an engaging and exciting class!

Senior Health:
Recently, the senior health classes were assigned a "create their own" baby project using a 2 liter soda bottle.  For this week long project the girls first needed to create their "babies" first by filling their bottles with items such as beans, rice, rocks and similar items to give their "baby" some weight. Then they had to dress their "baby" some of the girls got very creative in dressing their project, even making some look quite life like from a distance. During the week the students were responsible for their "babies" they had to keep a log as to when they "fed and changed" the "baby" as well as any other activities that they did.  The students needed to submit a daily log along with photos of the activities they did with their soda baby.  Additionally, this project included a cost analysis of the items a baby may need and the students needed to write a reflection about their experience caring for their soda baby at the end.  The students progress where monitored daily by the senior health teachers. Ms. Clarke and Mrs. Ripoll. The school faculty and staff helped to report if any soda baby was left unattended while the underclassmen helped with babysitting during lunch or afterschool making this a community wide event that all participants enjoyed!
Business:
MHC Academy business class students recently created sticker designs through an in-class lesson. The four different designs are for sale for $1 each with proceeds supporting Susan G. Komen Foundation and Oasis- A Haven for Women and Children. Through this business lesson, the students learned about design, production costs, and marketing as well as philanthropy. To purchase stickers, please contact Ms. Green at sgreen@maryhelp.org
Print