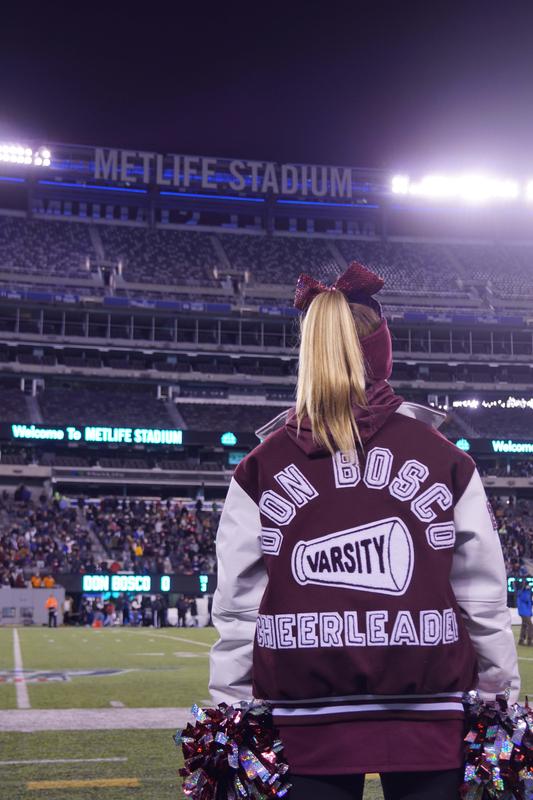 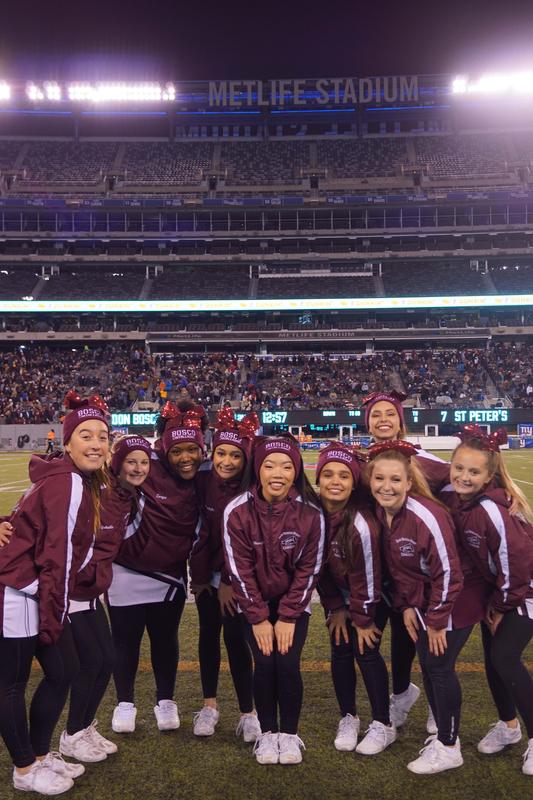 Focus On Athletics: Fall sports continue to hit the field during November with a special visit to MetLife Stadium!
All but one of our Fall Sports continued into the month of November.
Our Don Bosco Football Cheerleaders continued to cheer on the Ironmen as they competed in the NJ State Tournament. Our girls supported the boys as they worked tirelessly to defeat big rivals in Bergen Catholic and St. Joe's to make it to the State Sectional Finals on Saturday, November 30th, at MetLife Stadium against #1 seeded St. Peter's Prep. Our cheerleaders were so excited to cheer on the sidelines at MetLife and also to perform on the field at halftime. Great Job Ladies!
All of our Winter Sports Team Tryouts have been completed.
Bowling had their first match of the season on Tuesday, December 3rd, which ended in a victory for our Blue Jays. For the next two weeks they will have matches on Monday, Tuesday & Thursday at Parkway Lanes, Elmwood Park. We wish them the best of luck and their continued success as they prepare themselves for the Passaic County Tournament in January.
Our Swim Team, Dance Team and Basketball Team are continuing to work hard at practices as they await their season openers. Our Basketball Team will begin their scrimmages next week, starting with a Home Scrimmage on Tuesday 12/10 vs Bergen Charter at 4pm, followed by two more scrimmages before their Season Opener on Thursday, December 19th vs Hawthorne HS. Varsity will start at 4pm and JV will follow at 5:30pm. Our Dance Team will be performing at the game as well. Make sure to come out and support our Blue Jays.
Our Swim Team will open their season on Friday, December 20th swimming against DePaul at the PCTI pool at 5:30pm.
We are excited for another great Winter Season with all of our winter teams!
Print