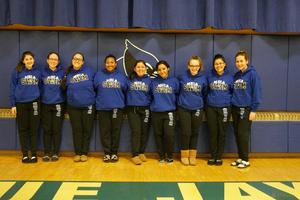 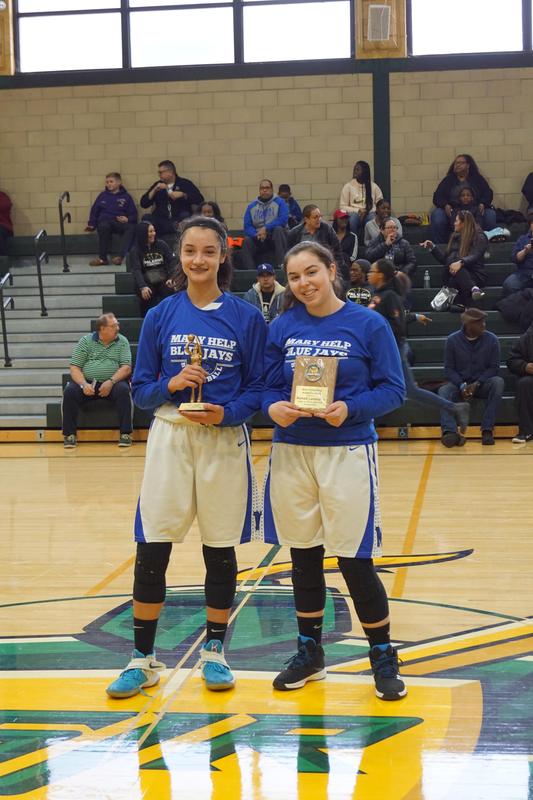 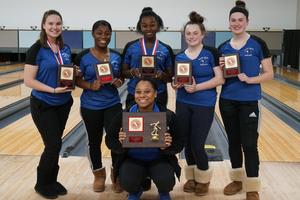 Our 2018-2019 Athletic Winter Season is in full swing and making school history! The end of the second marking period ushered in a thrilling milestone for the Academy's Athletic Department: our first county title!
Contributed by Mrs. Ostrander, Athletic Director
Swim
This November, we started our first swim team here at Mary Help. Our team swims at the Boys & Girls Club of Paterson. On January 11th, the team had its first meet, led by their Captain, Junior Carolina Herrera, who had one 1st place finish and two 2nd place finishes. The final meet of the season will be on February 1st. We are look forward to the team's future growth and success in the years to come!
Basketball
Varsity basketball participated in the Public vs Private Basketball Showcase hosted by the Bulls Basketball Club at St. Joseph's Regional High School on January 12th. Junior Emily Toresi was named the game's MVP, while Junior Richael Lamendola received the Academic Award for highest GPA.
Bowling
In terms of success, varsity bowling team has had an historic winter, by all accounts! The Academy's all-girls team bowls in a Boys/Co-Ed League in our conference, and has been steadily gaining traction in its past few seasons. 2018-2019 marks our first winning season (7-5, with 6 matches remaining in the season) since the program's inception. A driving force behind the team's success is Senior Bryonna Richburg, who holds a 179 average. Richburg has been a leader on the team for the past four years, earning honors such as First Team All-County for both her Freshman & Junior years.
The team competed in the Passaic County Tournament this past Friday, January 18th at Parkway Lanes of Elmwood Park. We are beyond honored to announce that our team as this years’ Passaic County Girls Bowling Champions! Our Blue Jays bowled a 2,172 to eliminate tournament favorites such as PCTI and Wayne Valley, who had a 5-year title streak!
This is the First County Championship in school history. We are so proud of our bowlers for this amazing accomplishment: Seniors Bryonna Richburg & Alleyna Jean-Philippe, Junior Audrey McMillin, and Sophomores Savannah Susen & Kayla Sullivan, along with their Coach, Mrs. Anita Muthee-Pagan. And the honors did not stop at a County title! Two of our bowlers also received individual honors: Junior Audrey McMillin came in Second Place for highest game with a score of 198, and Senior Alleyna Jean-Philippe came in Third Place for highest series with a 484.
Our girls will be entering the State Tournament this February and we wish them the best of luck! Stay tuned!!
Print